Amanda is one of the important beings in Tethoverse. Due to her genius, she is responible for a lot of things in the world. She created the many weapons used by warriors and assassins and the one to uncover the vast capabilities of Technology, surpassing magic itself. Amanda serves as a neutral character making her a non target for most beings as the world understands it needs her genius in order to survive. Amanda helps all who come across her as long as they give her something she considers equal in value, which even evil dragoness and vampires take advantage of. She was captured during the demoness arc which forced all enemy species to work together in order to retrieve their greatest mind back. One thing about her is certain, if she ever turns against the world, it would require the combined might of every single Tethonian in order to stop her, and possibly outside of it as well.

Amanda is a sucker for science and technology. Even at a young age she was always interested in experimentations and often always created her own solutions to her problems since she was young. This often causes her parents to not look over her much since she always could solve her own problems. Her genius would be acknowledged during her school years, winning multiple awards in robotics, engineering, and science. In the eyes of this genius, nothing is impossible, which allowed her to get where she is today, the most brilliant mind in all of Tethoverse. Amanda's intelligence and dedication is respected by dragons, vampires, fairies and all the other different species living within her world. Amanda is willing to help all species even the ones that pray on her kind as long as they give her something in return, which is usually a type of object she would need for her creations. Amanda is considered terrifying in some aspects, as she has connections with all species, and has access to a scary amount of dangerous equipment. Amanda also has a rather cool demeanor. Often showing little signs of stress or worry, mainly due to her ability to fix and stop almost anything with her equipment. She does show annoyance when the things she created for others get ruined, but she does not get angry over it. Amanda however can get mad when someone steals something very important to her, as when someone stole of one of her plans she threw a fit and destroyed lots of her equipment, and then got even more upset when she realized what she just did.

Not much is known about her love life, however most see her as single, only caring about her experiments. However Amanda has shown to be interested in other girls, she flirted with Kali the dragoness, and when she did not get the results she wanted she created a device capable of causing her pleasure turning her into a full dragon. Amanda jokingly said this was only to see her dragon form, however this is not true. Kali was the only person Amanda had shown attraction to, but she does not allow love and feelings to get in the way of her experiments or ideals. Amanda only teases the dragoness, and does not allow it to go beyond that. Amanda created an artifical dragoness, which Kali believes she gets sexual with, however Amanda denies this unconvincingly.

Powers and Abilities: Superhuman Physical Characteristics, Immortality (Types 1, 3, and 10), Statistics Amplification (Amanda is the creator of the tethogear capable of augmenting one's statistics. She should be capable of doing the same for herself to a far superior degree), Master Hand-To-Hand Combatant (Amanda observed the fighting styles of multiple beings and used that data to create a device capable of allowing her to mimic their fighting styles. Her body became so used to it even without it her skills in fighting were still among the highest), Weapon Mastery (Amanda is as good in weaponship as she is in hand to hand due to her device that copies fighting styles), Dimensionless Existence (Type 2), Acausality (Type 5), Large Size (Type 11), Electricity Manipulation (Amanda can utilize the lighting from the Tethoverse which is capable of shutting down one's body completely), Fire Manipulation (Amanda replicated dragoness fire in her equipment which is capable of killing immortals, fairies, and demoness), Water Manipulation (Amanda has artifical water she keeps on her to put out dragon and demon fire), Healing (Amanda can heal others as well as herself with special tethogear), Aura (Amanda created artificial aura which is capable of defending against attacks, as well as healing one's injuries), Forcefield Creation (Using tethomatter Amanda can create extremely potent force fields capable of deflecting dragon fire and magic) Paralysis Inducement (Amanda has access to certain tethogear that allows her to shut down one's ability to move), Instinctive Reaction (Amanda has a special device connected to her nervous system that allows her to automatically respond to threats), Statistics Reduction (Since Amanda created technology that allows one to increase their statistics, she is believed to have one's to easily counteract that), Power Nullification (Amanda has special tethology that allowers her to nullify magic used by sorcerers), Power Bestowal (She can give one magical abilities due to her exploration of the magical world), Biological Manipulation (Amanda can alter the biolgy of all Tethonians with her equipment), Portal Creation (Amanda has special tethogear that allows her to create dimensional portals to other places by connecting to the frequency she wants), Tethomatter Manipulation (Amanda can alter Tethomatter with her technology which is the source of everything), Ultra-Light Manipulation (Amanda can utilize Ultra-Light which is far superior to the light in our world. She can use it for offensive purposes), Existence Erasure (Amanda can use a special beam that combines Ultra-Light and Dragoness fire which has shown to erase things from existence), Ice Manipulation (With certain Tethology she can freeze things completely), Flight (Via numerous tethology and tethogear), Air Manipulation (Via tethology and tethogear), Plasma Manipulation (Via tethology)

Attack Potency: Outerverse level (By mere state of existence Amana is transcendent of dimensions entirely of all sizes. Even the Tethomatter in the verse is infinitely more vast than infinite dimensions. Most of the Tethogear used by assassins and warriors was created by her, so she should be much stronger they are)

Speed: Irrelevant (Amanda's speed is infinitely superior to that of any dimensional being. Far superior to the assassins and warriors that are capable of moving at Relath speeds due her technology. Capable of using Ultra-Light for offensive purposes which is the fastest thing in Tethoverse)

Standard Equipment: Various amounts of tethology and tethogear which gives her a vast amount of purposes. Known ones increase her fighting skills, reactions, create portals, and summon robots for combat purposes.

Intelligence: Supergenius. Amanda is the smartest being in her world by an almost infinite margin. Even as a young girl she was obsessed with creating solutions to her own problems and doing experiments for the sake of fun. To her technology and experiments are her life. She received multiple rewards for robots, science, and engineering during her teen years marking her the most intelligent mind before she was where she is today. Currently, she is seen as almost omniscient. Amanda is rarely ever wrong about her theories, thoughts, and understanding of situations. Amanda has created technology for pretty much every scenario, making her feared and respected by all beings. She is hyped to solve any crisis, and it is widely accepted that if she turns against everyone, no one could stop her.

Weaknesses: Some of her equipment can be turned offset by the powers of demoness which allowed her to be captured to begin with. 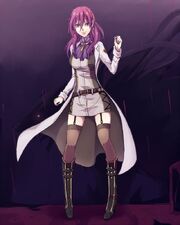 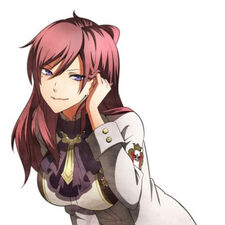 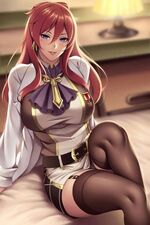 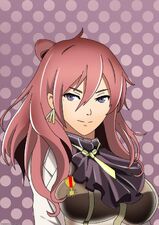 Retrieved from "https://fcoc-vs-battles.fandom.com/wiki/Amanda_(Tethoverse)?oldid=273224"
Community content is available under CC-BY-SA unless otherwise noted.