Back To Main Page

"Welcome to my home! Please stay and enjoy yourself, It's been a while since I had guest~" 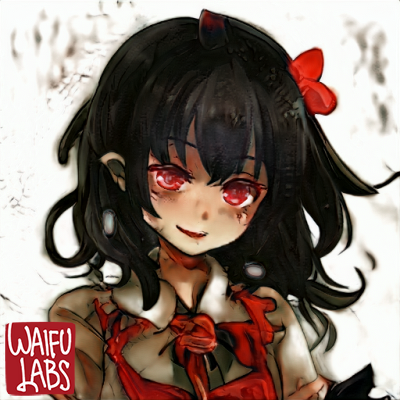 Alucard was born in England, during the Victorian era. She was human like many others; had loving parents and life was normal until they died from mysterious ill, destroying all she had. Filled with grieve and sadness, she wander as street rat until a tall and grey-skinned man with long black hair and mustache approached her.

The mysterious man gave two choices; die as human or live to become the creature of the night. Alucard chose the latter and became the predecessor after his death, taking the mantle as the king or queen of vampires while having the knowledge given by her parent-figure.

Powers and Abilities: Superhuman Physical Characteristics,(Due to their undead nature,they gain increased speed and strength.),Regeneration (Low-High, They can not be truly killed because of their acute spiritual inclination towards blood magic in particular and will easily regenerate from their blood.),Weapon Mastery, Stealth Mastery,(Vampires are naturally skilled hiding in the dark and Alucard specialized with rapier.),Mind Manipulation (Vampires are powerful psychics,able to easily project illusions and controlling the individual's mind by sheer will.),Teleportation, Darkness Manipulation (As the embodiment of nonliving, they are capable of instantly teleporting into nearby dark places.),Power Bestowal,Transformation (Vampires turn other people via having the person drink their blood.),Immortality (Type 1,2,3.),Resistance to Ice Manipulation (As undead beings, they lack any bodily function.), Magic,Dream Manipulation,Probability Manipulation,Purification,Precognition, Astral Manipulation, Healing,Resurrection,Durability Negation,Summoning, Blood Manipulation,Preparation (Alucard is skilled into performing magic via rituals and spells including controlling someone's blood without any movement. Alucard's rapier is infused with dark magic,able to physically harm the very soul of their being including having the ability to conjure spectral bloodied dogs to serve them by cutting one's blood.),Genius Intelligence (Has been wandering around the world for thousands of years.), Telekinesis (All vampires are capable of moving objects or people with their own mind.), True Flight,Shapeshifting (Vampires have the power to turn into cloud of bats and fly away.).

Speed: Subsonic combat speed (Can move faster than the eye can see during fights.) | Supersonic+ reactions (Was able to react incoming bullets.)

Weakness: Magic requires preparation in rituals to do any actually powerful spells.Requires gestures or word-based spells to project spells onto people or objects. Vampires are vulnerable to holy weapons or magic as they are slowed down significantly from their regeneration of this attacks. They will completely turn to ash in few seconds from expose of sunlight. Their psychic attacks can be shielded off by sheer amount of willpower. Vampires cannot cross water as it is guarantee death for them, moreover being staked at the heart won't kill them but paralysis the vampire until the stake is removed.

Retrieved from "https://fcoc-vs-battles.fandom.com/wiki/Alucard?oldid=316364"
Community content is available under CC-BY-SA unless otherwise noted.