FC/OC VS Battles Wiki
Register
Don't have an account?
Sign In
Advertisement
in: VenomElite and Sera Loveheart's Pages, Zen’nō Wars, Characters,
and 18 more 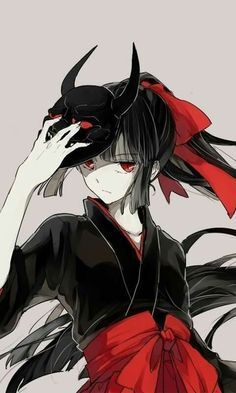 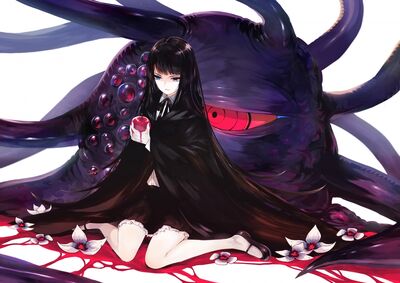 Altera, also known as Terra, is the older sister of Arciene and no. 7 of the Hollow Apostle Lords. Like her sister, she possesses a deep connection to the planet; considered a Queen of the Undead, entitled the Hollow Princess of the Black Blood. Born as a hybrid between Hollow Apostle and Ancient Walker, Altera was the first Ancient Walker to ever hold the title of "Queen of the Undead”, so she could be called Arciene’s previous incarnation. She was born from the planet's machinations in searching out other methods for preparing a body of proper purity for its will, due to no regular Ancient Walker coming to possess its level of power. Despite being a possible successor to Gaia Prime, Merlin Saurunem and Blackwater Hawkenstein, Gaia’s personal servants, only held the later born Arciene as their master, considering Altera to be an imposter who must be killed. Once Kaido Bernstein stole power from Arciene and became a Hollow Apostle Lord, Altera decided to put him in his place, killing all the Plato scholars sans him. She at one point fought Arciene and gave her a deep scar during the battle. Van-Gon came to hold a grudge against her faction due to Vordt-blood’s own actions. She formed a contract with Zepar Ventus Laurence to turn him into the phenomenon “the Night of Valhalla” and she is close friends the Lady Apostle, Eclaire Naux Barthandelus. Along with at least six other Lords, she planned to attend the Aylesbury Valesti ritual to celebrate the birth of Pluto, the infant Lord. 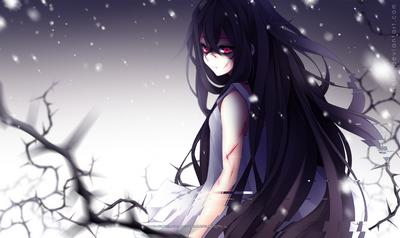 Altera has jet black hair compared to her white haired sister yet has the same red eyes. While in some art used for her depicts her with blue eyes, it is because she views the Breed of the Cosmos differently than other kin of the universe that her eye color changes. Despite being older than Arciene, she takes the form of a 15-year-old girl, and sometimes appears as a boy.

Altera is very prideful and regal in tone. She refers to Arciene as “baby sister”, as they are 1,000 years apart, even referring to her affectionately after their fight. She may have a “little sister complex” as she fought Arciene simply to “mark her” as her own, meaning Altera wanted all to know that her sister is “hers”. She even slaughtered the majority of Plato, killing all of the scholars because on scholar (Kaido) drunk the blood of her sister, blood that “belongs to her”. While Arciene is symbolized with healthy life such as planets and animals, Altera is surrounded by death, dying plants, and living skeletons.

Attack Potency: Unknown (her abilities are not emphasized in destructive capacity of energetic potency, they are primarily conceptual based, having the ability to reshape reality with her thoughts and replace a world with her own, albeit for a limited time.)

Speed: Unknown, Limited Omnipresence (omnipresent wherever there is plant life)

Durability: Unknown, purely abstract as no physical attacks can affect her at the level of 3-dimensional physics. Requires fantasy, or magic, conceptual abilities and appropriate hax to actually be affected. Unique regeneration, nothingness body, and acausality make her extremely difficult to kill. Can only be defeated by fantasy, the concept of which greatly exceeds hers

Stamina: Limitless as long as she has a supply of magical energy.

Intelligence: Has over three millennia of evolutionary knowledge. Possesses intellect unable to be described by humans and potentially even other Apostles due to communication with the Cosmic Breed. Able to outsmart even Arciene if the latter isn't careful.

Weaknesses:' essentially has no physical abilities outside of superhuman abilities. Her Creation Marble cannot last for too long as the World will automatically disband it after a certain period of time. Weak to specific holy rituals (those effective against hollows).

Ancient Walker - Zombified beings akin to natural disasters (i.e. hurricanes, tsunamis, storms, etc.). These are the original hollows, beings reanimated by Gaia to cull humankind. Ancient Walkers are planet-class spirits whose power manifests as phenomena or events such as the Great Flood, simultaneous volcanic eruptions, drastic climate change, etc. In more extreme cases there are examples of raining mountain. They however have a crucial flaw - a taste for human flesh.

Hollow Apostle - Hollow that retained its human appearance and intelligence as the result of some form of evolution. Apostles are highly intelligent beings and are stronger than ordinary hollows. They gain the power to interfere with reality and physics, replacing them with their own laws. Those twenty-eight Apostles that established great civilizations are the Lords.

The ritual of creating Valhalla - by means of a blood ritual, Altera gave a human the ability to complete immateriality of hollowfication and incorporation of others into his domain. Therefore the formation of Einherjar - legion of hundreds of billions of undead, is only possible through Altera’s blood.

Cosmic Eyes for Communication with the Breed - Altera’s blue eyes are different from her usual red in that they allow her to communicate and cooperate with the Breed of the Cosmos, granting her eldritch knowledge and the ability to summon some members of the species as familiars.

Also accompanying Altera are four bodyguards all within the first 10 rankings of Lords.

Primate Emperor - Feline-like beast created by the planet to rule humanity as the original King of Humans once did. Has absolute authority over humans, a power nearing that of Gaia herself. She only listens to her master, Altera, meaning Altera has absolute authority over humanity, a power no being has ever gotten close to, not even Saurunem, King of Humans, to an arguable extent. The Emperor of Primates is ranked first, having been established as the most powerful.

Eien Wol - Number VI of the Lords; bodyguard to Lady Altera. He is immune to temporal abilities, owing his immortality to being “unbound by all concepts of time”.

Vordt-Blood - Number IX of the Lords; advisor to Lady Altera. Captain of the Boreal Knights, owns the Creation Marble known as the Boreal Dynasty, which completely freezes all things, including the laws of physics and certain laws of magic making them inapplicable in his domain.