FC/OC VS Battles Wiki
Register
Don't have an account?
Sign In
Advertisement
in: Tier 9, Female Characters, Scientists,
and 8 more

Disclaimer: Credit to Raybean and Eclipse who made this table code.Credit to the person who made the music video. Character pic bought from fiverr and are owned by me. 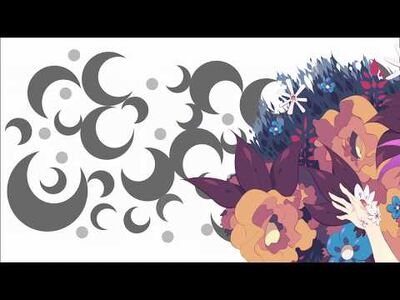 “Nobody can understand how I feel. Knowing that one day, all those I care about are either going to get killed or assassinated. I gave up long ago in defending the people I cared about. Either way, I won't stop until monsters deserve fair treatment even if it results in getting my hands dirty.”

Moon was a former scientist to the The Illuminati before the growing regret of experimenting monsters grew to her, resulting her to leave the organization. She was later rescued and taken in by Alucard after being found injured. Currently, she is serving as his loyal sentry and maid altogether.

Superhuman Physical Characteristics, Nanotechnology, Regeneration (Low-Mid) (After leaving the organization and joined her master, she later modified her own body to develop abilities in way of protecting herself and the organization by implanting a serum of nanobots within her. This nanobots allows her to regenerate lost limbs and broken organs within seconds, especially fatal wounds. Furthermore increasing her to levels of superhuman physical characteristics.), Space-Time Manipulation, Durability Negation and Thread Manipulation with limited Body Control (Alongside of having the ability to conjure neon-like threads by anywhere from her body, these threads are capable to bend space-time depending on how many wires are engulfed around the area. Wires that are attached around a place allows her to literally teleport of herself and others, including outright stopping time for few seconds. Furthermore, when wires have engulfed a person, she can destroy him/her atoms with flick of wrist, causing the victim to disintegrated. Interesting enough that she preferably goes all out to eliminate her opponent, not wasting any time nor taking any breaks. Her wires are visible to the naked eye.), Body Puppetry with Creation (Able to conjure weapons or replicas of figures that she is capable to control through wires alone.), Analytical Prediction and Information Analysis (Possesses analytical skills that allows to accurately predict her enemies movements and able to tell what type of person she is telling with, especially in able to accurately guess what actions they have previously done.)

Resistance to Disease Manipulation and Illusion Manipulation (Her serum prevents her from getting any natural diseases. With her superhuman analytical abilities, she is capable of sensing what's real and not.)

Speed: Supersonic+ (Able to react and dodge hails of bullets.)

Lifting Strength: Superhuman (Able to throw a grown man with her wires alone.)

Stamina: Average (While admitting that she is no warrior or fighter but scientist, she is said to capable of fighting her opponents for no more than hour at her peak.)

Range: Tens of meters with her razor wires.

Standard Equipment: Sharp neon-like wires that is from her body.

Intelligence: Genius. (Despite being quite laid-back and lazy, she is genius in terms of figuring out her opponent's motives and created an serum that made her superhuman. Add to the fact that she was former researcher who was responsible for inventing new technologies.)

Weaknesses: Apathetic around her surroundings, refusing to get into conflict unless her job or life is threatened. Even so, this still won't make her fight unless one of them died. Can only stop time for less than five seconds.