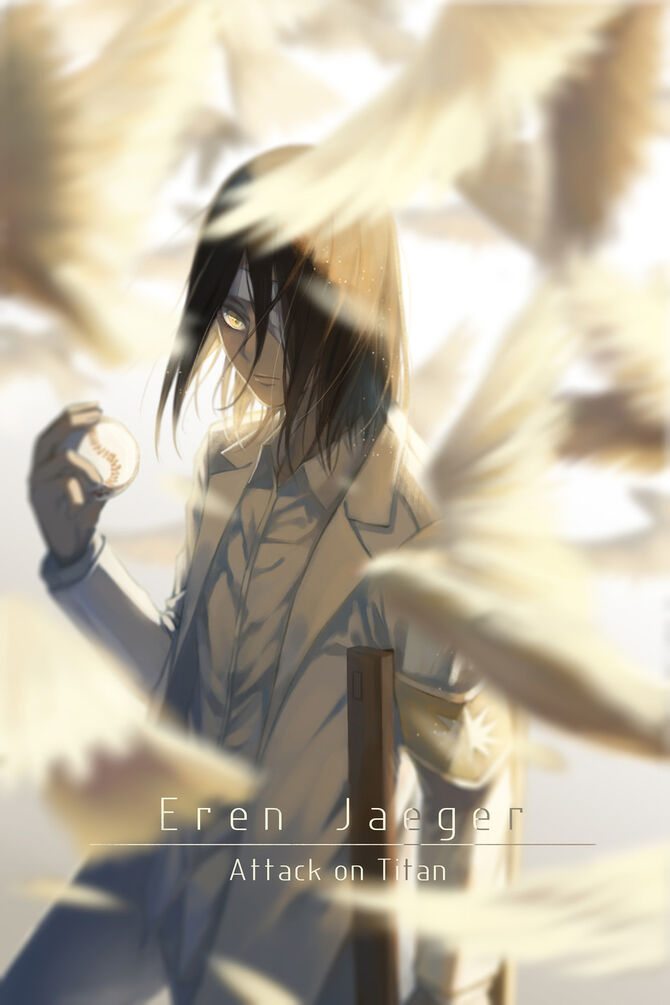 Credit to hangyifan97 for the Eren picture 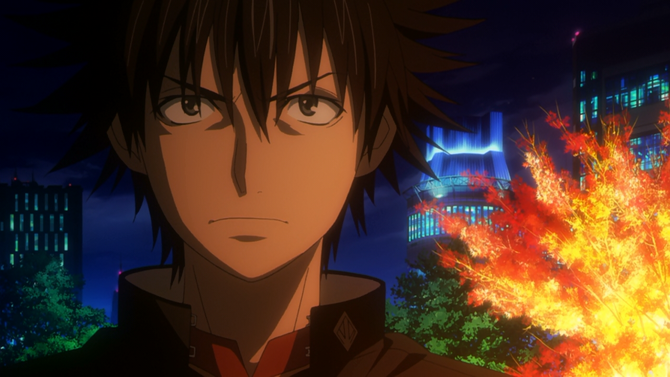 Akayo Kamigama is one of the initial main characters of the franchise. He is like many, a man who moved into the land of dreams where all aspirations come true. Just like many he was annexed by their culture but lived on in in the hopes of attaining the greatness that so many that have moved in her desire. Eyes brimming with energy upon arriving filled with hopes and dreams, he wished to become a better person and truly make the most out of his life here.

About enough years changed him so much that his past self is completely different. The experience he attained from life and interactions with others have effectively evolved him for better or for worse. His desire to become an ideal person and previous hobbies have waned but he still lives on but ultimately he is a changed man.

However, a certain event changed his life and that is when he met Xil. A self-proclaimed angel in an urban fantasy setting would not be out of place. Being told to take care of the young woman by his own landlady to make due with his rent, he couldn't help but recall his past. Their similarities were far too much and his cynic side was matched by her own optimistic idealistic beliefs. This is when Akayo also realized that his dreams have never become unattainable. Instead, they simply became shifted into something else.

Akayo has enough awareness of fashion to dress up in a way that doesn't make him too noticeable. Either by dressing up too formally or in such a horrible fashion.

Without a doubt, Akayo is cynical in comparison to his past. Though it's not as if he's a pessimistic one. Life could be a struggle sometimes and he's actually quite optimistic in his own way for someone of his status. He tends to look at the bright side of things even when a series of unfortunate events could happen, which tends to happen for someone like Akayo. Though he's stoic, there's an air of gentleness that he exudes to friends and acquaintances. On the other hand, though that same air could make him seem cold and distant to anyone new he meets. Surprisingly he's quite talkative and makes jokes when he could, though the range of their effectiveness could make him seem awkward or amusing. It's certainly better for him to talk to his friends in that regard.

He notably sucks at being a father figure. Arguments are frequent between him and Xil to the amusement of others. Scenes could get ridiculous with the presence of the two and shows a much more emotional side for Akayo. Namely a louder and easily annoyed one, but also one more vocal. Though he sucks at teaching and could definitely be classified as a bad parent he doesn't stay that for long. Akayo himself aimed to better himself in order to make his life easier in taking care of Xil, but the self-proclaimed angel merely deduced that he did it out of his own will and that it wasn't absolutely necessary. Comically Akayo hates being ignored and tends to get mopey when things don't go his way. His soft voice doesn't make things easier and fake despair shows on his face when he gets seemingly ignored.

He dislikes injustice but believes he can't do anything to it initially. It's not as if he won't take action when faced with a situation he could help but sometimes he considers whether doing so would matter or not in the grand scheme of things. Of course, as time passes he begins to become more proactive and actually choose to help others. Even if it might cause trouble for him. It's one effect of interacting too much with Xil. By the end of the franchise, his old belief regarding his values has returned, making him a slight proud believer of doing things to help others no matter how small. Though it did lead to a clash of ideals with Xil in the end.

Alignment: Neutral Good - Despite many circumstances of what happens to him, Akayo tries to be an upstanding good citizen. Of course he does his best to follow the law but sometimes things have to be disobeyed in order to make a difference. That's just what a citizen would do after all.

Existence Erasure (Can completely wipe out someone from existing with . Regardless of any impact they make all of it is rendered moot, erasing all their trace whether they exist or not regardless of identity), Attack Reflection (Completely reflects an attack back to an enemy to cancel or take them out), Abstract Existence (Exists as long as the concept of ´≈ˆß†´˜ç´(Existence) persists), Conceptual Manipulation (The main method that allows Akayo to)

Attack Potency: Wall level (When furious enough he was able to kick through a wall) to Room level (Using his bio-electricity he was able to take out an orc that was unfazed by a kerosene bomb) | |

Speed: Faster than the eye could see (Overwhelmed an Orc with a beatdown) | |

Durability: Wall level to Room level (Survived being punted through rooms. Took on numerous serious hits from a large Orc) | |

Stamina: High, but not notably high compared to energetic youths.

Range: A few dozen meters. | Multi-Continental in range. Could pull storm clouds that way. Dimensional. Can interact with the foundation of dimensions | Irrelevant

Intelligence: Experienced with dealing superpowered folk and beings stronger than him. Can manage to take them down without relying on his true power. Can be very pragmatic when the situation calls for it and always uses everything in his environment to lead to an outcome or situation that would greatly benefit him. Very knowledgeable regarding matters about electricity due to his former occupation as an electrician.

Weaknesses: This is him relying only on his own bio-electricity.

Perfect Imperception / Ignore - The ability to literally be ignored by everything. It's Akayo's trademark ability and is known for something he uses.

Retrieved from "https://fcoc-vs-battles.fandom.com/wiki/Akayo_Kamigama?oldid=120448"
Community content is available under CC-BY-SA unless otherwise noted.