Adamayn of the Crimson Clan is an ancient Sanaedhel hero who has protected Earth from numerous supernatural threats over the years. Long ago, a truce was made between the Elves and Vampires, that they would live in peace within the same village, this new society would be known as the Crimson Clan; though their truce held, neither species truly trusted the other and they lived more in tolerance of each other rather than in harmony, until one day a vampire and an elf fell in love. Soon after this historic event, the couple conceived a child, which was considered to be impossible since Vampires and Elves have conflicting biologies that reject each other, which always leads to the child perishing soon after birth; Adam himself would have perished all the same had Mephisto not intervened and did everything in her power to keep the child alive. As a side-effect of Mephisto sustaining Adam with her Magic, the child was blessed with tremendous power and the ability to wield Hellfire; even as a young child, Adam was far stronger than a Vampire and far swifter than an Elf, and in his later adolescence he possessed power comparable to other heroes such as Jake Caster and Arthur Pendragon.

Adam possesses a tall and toned body, standing 6'0" at only 18 years old with a well-built yet not overly muscular build. He has golden eyes, similar to Jake Caster, and has long jet-black hair. His eyes glow a darker shade of orange when he channels Hellfire through his body and he commonly wears the Armor of Dracula, a set of pitch-black Neutronium armor wrought in the forges of Hell and given to Dracula himself as a gift from Mephisto, the armor was later looted from the rouge vampire after Jake and Adam put him down at Mephisto's request.

Adam is very reserved and composed, but not arrogant and he is quite easy to talk to, he is oddly cheerful and optimistic despite his first moments on the earth being near death and struggling to stay alive. Jake Caster describes Adam as being very trustworthy and a good friend, and Adam is unwaveringly loyal to Jake since the latter is his first friend and best friend. Adam has a strong sense of justice and is always ready to fight for good, Izreldan has commended Adam's character and was even impressed when later in the story, Adam took up the mantle of Squire, Cosmic Knight, and Chosen; something that has never happened before.

Hobbies: Adam likes to travel the world and go on dates with Irene

Marital Status: In a relationship with Irene Slayer

Affiliation: Izreldan and the other Chosen

Previous Affiliation: Arthur Pendragon and the other Knights of the Round Table

Attack Potency: Large Country level+ (Equal in power to Jake Caster and has fought the latter to a stalemate on numerous occasions; with their most notable fight resulting in the destruction of Avalon, the 8th continent of the old world that was described as being around the same size as North America, however this was done over the course of a long fight and continent was already structurally unstable after being glassed by Odin, Zeus and Amaterasu, as well as being fractured into large pieces by The Abomination. Fought Arthur Pendragon to a stalemate and was regarded as a formidable fighter by the latter. Fought and harmed Vortigern, who had absorbed several immortal souls from fallen Gods and as such, was stated to have several times the power of a God like Poseidon. Fought Dracula, who had been increasing his power for hundreds of years by feeding on Dragon blood and was also stated to have power several times above the domain of weaker Gods, with help from Jake Caster). Multi-Continent level with Jake Caster's blood (After drinking Jake's blood, Adam was powerful enough to curbstomp Abaddon in close combat) | Solar System level (Has stalemated Jeff on numerous occasions. Matched Alto Clef in combat when he was using his Telekill Armor. Assisted in the captures of several Anomalies, including SCP-682) | Universe level+ (Fought on par with and slightly harmed Uriel. Comparable to Grand Squire Irene Slayer, making Adam far more powerful than The Archon. Comparable to Unrestricted Jeff) | Hyperverse level (As a Supreme Chosen, Adam is comparable to Jake Caster and superior to The Slayer. Fought Full Power Arbitus and made him both struggle and fight seriously) | High Hyperverse level (In this state, Adam fought The Evolved Archon to a stalemate and later defeated him with help from Michael and Thor)

Durability: Large Country level+ (Exchanged blows with Jake Caster, who is comparable to Adam in power. Took punches from Arthur Pendragon and shrugged them off. Tanked hits from Vortigern, who was stated to possess several times the power of a God like Poseidon. Tanked hits from Dracula, who was also stated to have power several times above the domain of weaker Gods) | Solar System level (Traded blows with Jeff on numerous occasions. Traded blows with Alto Clef. Took several attacks from SCP-682) | Universe level+ (Survived several hits from a casual Uriel. Comparable to Grand Squire Irene Slayer, who is more durable than The Archon) | Hyperverse level (Took several serious hits from Full Power Arbitus) | High Hyperverse level (Shrugged off blows from The Evolved Archon) 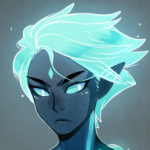